When I say that I am not athletic, it is not out of the virtuous Japanese trait of modesty. A good friend of mine once whined that she had no talent in playing the piano, but she practically turned out to be a musical genius. That was modesty, albeit the obnoxious type. I wish it were so with me. When I say I am not athletic, I mean that I fracture a bone by tripping on flat ground, and destroy a ligament by jumping off a stepladder. No, I can’t say that modesty is something that comes into play when it comes to me and sports. The only positive thing I can say of my relationship with sports is that I at least try. Whether it’s a buff track-and-field club member in a relay race, or a runaway tennis ball, I chase after in order to catch up. Or at least to create the illusion that I’m not as terrible as I actually am. This is how I’ve coexisted with sports, me desperately trying to prove myself, trying not to get left in the dust.

There is a member in the drama club I belong to, who is brilliant when building the stage, but hopeless when it comes to communication. Last December, I helped him build the set, but for the month it took to complete the work, all I got from him were instructions and an occasional greeting. No small talk, no nonsense. Me, a hammer, and a mute guy next to me; that was how my December passed. To be fair, he is a year older, in another department, and it’s always difficult to find common ground with someone who you only share a club activity with. At first, that’s how I excused him, but barely having heard 10 words from him after that entire month and only getting a simple “Yes.” “No.” or “You have to be careful on stepladders.” Every time I tried to start a conversation, I began to wonder if there was another reason for his silence.

In my freshman year, I met an amazingly social girl who never ran out of topics to talk about. From the first conversation I had with her-during a free 4th period on a Wednesday-my impression was that she was an incredibly outgoing girl who made the people around her happy. The funny thing is, I can’t even remember what we talked about, only that I always have a great time with her. Even now, after a year of talking during free periods, visiting each other’s houses and going places just because we felt like it, we never seem to run out of things to talk about. I’m fairly certain we’ve covered just about every single topic two sophomore girls could possibly discuss, but after every conversation, I feel like we could go on for hours.

There is an expression in Japanese directly translated as “Communication Catch.” Playing catch requires two people to not drop the ball. I’ve come to the realization, that as with catch, in order to carry on a conversation, two people need to work to keep the ball from hitting the ground, or from ending the conversation. Recently I’ve begun questioning whether awkward conversations are the fault of lousy pitchers, or careless catchers. In the case of my mute fellow drama club member, I was the role of the pitcher. “So do you actually learn how to speak German in the German Literature Department?” Pitch. “No. We just read.” Semi-Catch. A moment of waiting for him to pitch the ball back. Pitch again before the uncomfortable silence elongates. “Really? Have you, um, been to Germany before?” I am not usually a boring person who panics whenever I’m with someone I only faintly know, but if people don’t throw my ball back, pretty soon I’m going to run out of balls. The only ones left to me are the battered ones that need to be replaced. “Uh, hmm, German’s a cool language.” I could almost feel the ball crumbling in my hands. Pitching the ball right at the catcher is a sensitive action, and given my history with sports, it’s no wonder I’m terrible at communication catch. Then I think of my friend, and how we never stop talking. “Hey, do you want to catch a movie sometime?” Pitch. “Sure! That movie we talked about just came out! How about next Saturday?” Perfect catch. Although I’m the pitcher again, the ball came back to me, so that can’t mean my pitching abilities are miserable, can it? Even though my roles are the same, depending on whom I’m talking to, the ball’s journey alters.

I’ve come to the conclusion that the key to a good game of catch, is to chase after the ball even if it hits the ground. If I’m the catcher and am clumsy with the ball, I can always recover myself by simply scooping it up and hurling it back. If I’m the pitcher and the ball takes an unexpected turn and is unable to reach its destination, I can again, pick it up and try again. Although tense conversations can’t be avoided completely, they can be made more tolerable if both pitcher and catcher chase the ball. I can’t say that I enjoy talking to silent people, but with a little more effort, I might be able to break their shell, and they might eventually pick up the ball I throw. I may still have to watch my step even on flat ground, and I officially have stepladder-phobia, but that doesn’t mean I should leave the ball lying at my feet. One good throw can change the direction of a relationship. 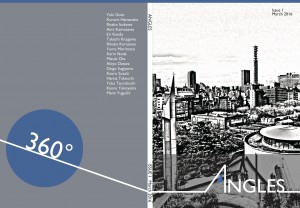 (Originally published in Angles, our student journal of new writing.)