The European Institute, officially established on April 1 2007, grew out of the former Germanic Cultural Research Institute , merging with the Institute of Spanish Studies on July 1 2009, and has thus stretched its research scope to cover the society and culture of the whole European continent.
Now reorganized into four study sections, “politics, economy and society”, “art and culture”, “language” and “history”, the Institute is active in promoting research projects both on its own and jointly with other organizations. 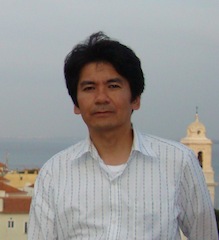 Throughout my research career, the main subject of study has been Portugal – a relatively small country placed at the southwest edge of the European continent.

A member state of the EU, Portugal is today recognized as a European nation. Nevertheless, back in the times of Napoleon, the area beyond the Pyrenees was not regarded as part of Europe. For many centuries during and after the Age of Discovery, Portugal remained more of an Atlantic nation rather than a European country. Here in Japan, very few would come up with Portugal when asked to name a European country.

Almost a quarter of a century ago, I was a young university student in Lisbon. In those days, people in Portugal used to say, “I’m off to Europe” when visiting France or Germany. The Portuguese themselves did not think that they were Europeans. These kinds of perceptions raise fundamental questions: “What is Europe?” or “From where to where is Europe?” We know that different definitions and conceptions of “Europe” exist even within the continent.

The European Institute of Sophia University is engaged in the research on “Europe” from diverse perspectives – literature, linguistics, art, society, history, philosophy, religion, politics, economy and other fields. Working in various languages, our members are active in studying “Europe” and its influences on Japan, while also sharing their insights with people in Japan, Europe and around the globe.

Our activities include organizing lectures and symposia, publishing journals, and providing a library of academic resources. As members of “Sophia” (Greek for wisdom), our forty or so fellows devote themselves to deepening their knowledge and understanding of this field.

I invite all scholars and students interested in Europe to experience for themselves all that the Institute has to offer. To learn more, please explore our website and do not hesitate to contact us for information and assistance.